Alex graduated from Skidmore College in Saratoga Springs, NY where she earned a BA in Biology from there Alex went on to attend University of Connecticut where she earned a PhD in Physiology and Neurobiology. Alex completed her education at Stony Brook University where she earned a Master of Science degree in Nursing. From there Alex went
on to begin her career as a nurse practitioner. Alex’s professional interests include homeopathic medicine, women’s health and neurology.
In her spare time Alex’s hobbies include traveling, mountain biking and skiing. Alex resides in Saratoga Springs with her family. 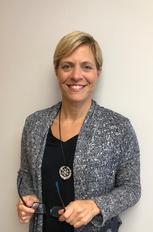 (This is a list of the major carriers we participate with.  The list is not limited to these carriers. Please call our office and inquire if you have any other insurance carrier.)

Dr. Lenihan graduated from Cornell University in Ithaca, NY where he earned a BS in Biology, then going on to attend SUNY Buffalo School of Medicine where he obtained a MD (magna cum laude). Dr. Lenihan then completed his education at Wilford Hall Medical Center where he completed both an Internal Medicine internship and a Neurology residency. Dr. Lenihan served in the U.S. Air Force where he served as Chief of Neurology: 3rd Medical Group in Elmendorf, Alaska. He is board certified in neurology andneuromuscular medicine as well as a Diplomate of the AmericanBoard of Electrodiagnostic Medicine. Dr. Lenihan’s professional interests include Sports Neurology, Neuromuscular Disease and Multiple Sclerosis. In his spare time Dr. Lenihan has many hobbies which include bike racing, running and fishing. Dr. Lenihan has a great passion for sports neurology and is also a ringside physician with the New York State Athletic Commission. He currently resides in Lake George with his wife and two children.